Anderson Localization of Ultrasound
in three-dimensions 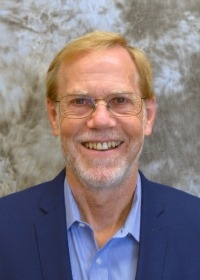 Abstract: More than fifty-five years after Anderson localization was first proposed, there is currently a resurgence of interest in this phenomenon, which has remained one of the most challenging and fascinating aspects of wave transport in random media.  Localization may be viewed as the ultimate trapping of waves by disorder, and is especially interesting in three dimensions (3D), as it is only in 3D that scaling theory predicts the existence of a real transition from propagating to localized waves.  However, despite intense efforts over the years, experimental evidence for the 3D localization of classical waves (light or sound) has remained elusive and controversial until quite recently.  In this talk, I will summarize our progress in demonstrating the localization of ultrasound in a “mesoglass” made by assembling aluminum beads into a three-dimensional elastic network.  I will review how we establish unambiguously that localization does indeed occur in our mesoglass samples, and how this enables us to study aspects of 3D classical wave localization that have not previously been amenable to experimental investigation.