Performance Improvement of organic electronic devices through Interface Engineering: from surface initiated polymerization off the electrodes to silicon phthalocyanine additives 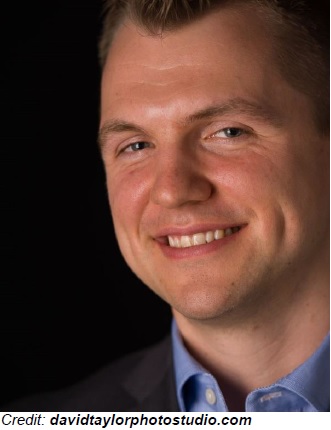 Abstract: Solution processed organic electronic devices, such as light emitting diodes (OLEDs) and organic photovoltaics (OPVs) have attracted a great deal of attention over the past decade and while great advances have been reported there are still some challenges that need to be overcome. For example, when fabricating more complex organic electronic devices with multiple thin layers, a great deal of care is required not to wash away the first layer with the addition of a second. We explored the use of nitroxide mediated polymerization (NMP) to facilitate 1) cross linking, 2) grafting-to and 3) grafting-from as possible techniques for the formation of robust hole transport layers. In all three cases these films proved to be robust and resistant to solvent washes while in comparison simple spin-coated films easily dissolved and wash away. These more robust films were also found to be electrochemically stable even after several washes, further justifying their use in the development of multi-layer organic electronic devices. These studies illustrate three robust routes for the fabrication of multilayered solution processed organic electronic devices.
Silicon phthalocyanine (SiPc) have two axial bonds originating from the Si atom which can serve as functionalization sites without affecting the inherent optoelectronic properties of the SiPc macrocycle itself. We have used these handles to engineer an enhanced solid state arrangement and the resulting SiPcs and incorporate them into planar heterojunction OPVs as either the donor or the acceptor molecules. The devices experienced as much as a 400% increase in efficiency when using these engineered SiPcs compared to the initial dichloro-SiPc. Additionally, these handles have also been used to synthesize solution processable ternary additives for P3HT:PC61BM bulk heterojunction OPVs with increased photo generation at the interface which translates to a 20% increase in overall efficiency. These studies are showing potential for SiPcs in OPVs and the axial functionalization is proving to be an effective route for the modification of the solid state arrangement resulting in enhanced device performance.

Prof. Benoit H. Lessard - bio:
Prof. Lessard was appointed as an Assistant Professor in the Department of Chemical & Biological Engineering at University of Ottawa, (Ontario, Canada) in May 2015. Since then he has been awarded the Tier 2 Canada Research Chair in Advanced Polymer Materials and Organic Electronics and the 2015 Charles Polanyi Prize in Chemistry. Prior to joining uOttawa, Prof. Lessard completed an NSERC Banting Fellowship (ranked 4th out of 16 given out annually in all of Science and Engineering across Canada and internationally) at the University of Toronto studying crystal engineering and OPV/OLED fabrication. Prior to that he completed his PhD in polymer chemistry and reaction engineering at McGill University, where he was awarded the NSERC Alexander gram bell CGS as well as the MSED-LANXESS PhD thesis award in polymer science. Since 2008, Prof. Lessard has published 38 peer review journal articles, 6 patent applications, 1 book chapter and presented his work at over 35 international and national conferences. For more information: www.benoitlessard.ca