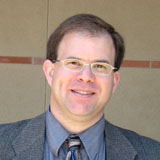 Here he held a joint appointment in the Materials and Chemistry Departments where he was promoted to Associate Professor in 1999 and Full Professor in 2003. His appointment is now as the Chair of the Bioengineering Department at the University of California, Los Angeles. Current research interests include polypeptide synthesis, self-assembly of block copolypeptides, and biological activity of polypeptides, for which he has received young investigator awards from the National Science Foundation, the Office of Naval Research, The Arnold and Mabel Beckman Foundation, the Alfred P. Sloan Foundation, the Camille and Henry Dreyfus Foundation, the Materials Research Society, and the IUPAC Macromolecular Division.

rgny graduated from Ecole Normale Supérieure de la rue d’Ulm (Paris) and got his PhD in Pharmacology (University Paris VI) in 1991 under the supervision of T. Garestier & M. Rougée (Triple-helices: spectroscopic studies). He went for a postdoctoral position in Basel, Switzerland with W. Gehring (Biozentrum). Afterwards he was hired by INSERM in 1993 in the Muséum National d’Histoire Naturelle, where he worked mainly on nucleic acids structures from a biophysical point of view. He was promoted Research Director in 2002, and he joined the IECB at the end of 2009.