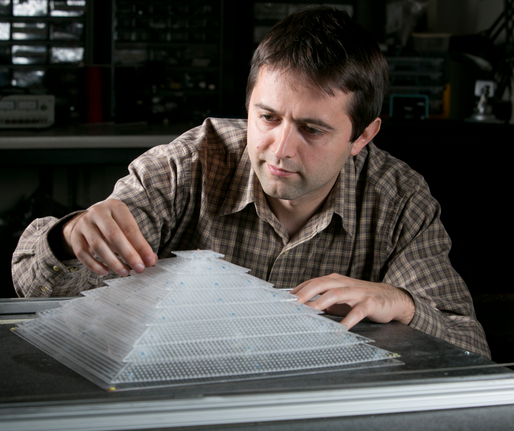 Dr. Bogdan Popa received the B.S. degree and Diploma of Excellence from the Polytechnic University of Bucharest in 2002. He received the M.S. and Ph.D degrees in Electrical and Computer Engineering from Duke University in 2004 and 2007, respectively. After graduation he worked at Duke University as Postdoctoral Research Associate until 2009 and Research Scientist until 2016. Dr. Popa will join the Department of Mechanical Engineering at the University of Michigan as Assistant Professor in 2017. He has received a number of awards and distinctions including the Young Scientist Award at the XXIX General Assembly of the International Union of Radio Science held in Chicago in 2008 and the John T. Chambers Fellowship Award in 2006. His main research is in the area of complex artificial materials designed to control and manipulate the propagation of several types of physical waves, including electromagnetic and acoustic waves. Dr. Popa's work has led to high profile results such as the first experimental demonstration of acoustic cloaking shells operating in air and the implementation of highly subwavelength one-way acoustic and electromagnetic media. His research was featured in national and international media outlets such as The Economist, BBC, Huffington Post, United Airline's Hemispheres. His most recent research interest is to embedd electronic components into the fabric of materials in order to obtain a new generation of smart materials.